All the pages were printed at Silver Birch Press on a Vandercook press. They were sewn by hand and  trimmed at Thomas Loughlan in Liverpool.

I screen printed the front cover at Hot Bed Press and the text is Gill Drop Shadow.

The wrapper is printed with a simple red Gill ‘O’. 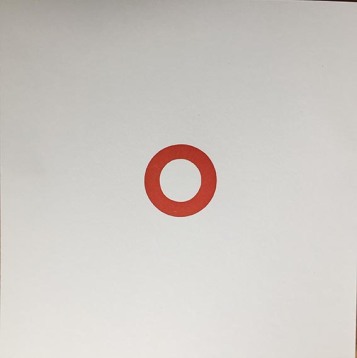 The Lino cuts for the book

Cantilevered stairwell from outside 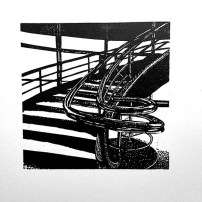 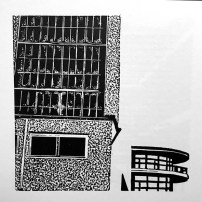 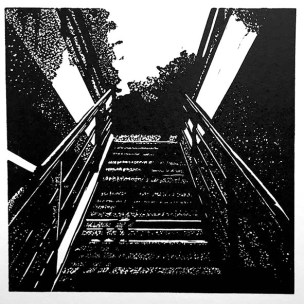 Situated in Bexhill, East Sussex, the De La Warr Pavilion was one of the  first Modernist structures to be built in Britain. It was designed  by Serge Chermayeff and Erich Mendelsohn and opened in 1935.